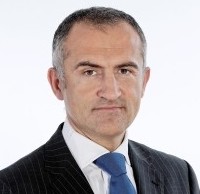 Prior to Schindler, he spent four years with The Dow Chemical Company in Germany. He served as a Director of Schindler Lifts Australia Pty. Ltd. until July 10, 2014. Mr. Napoli holds an MBA from Harvard Business School and a master of engineering degree in materials science from the Swiss Federal Institute of Technology(EPFL), Lausanne.